The 15 Surfboards by 15 Shapers—aka 15X15—project was completed in August of 2015 when the 15th surfboard was shaped and finished by Bob McTavish and his team in Byron Bay, Australia. However, two more things needed to be done to properly conclude the project. The first was a book, something I had not planned on. Not until late into the project, after amassing a large collection of images while documenting the making of each board, did I begin contemplating the idea of a book. It seemed inappropriate to not give proper documentation to the work that went into 15X15. Thus a hard cover book was published.

The other item that needed doing was exhibiting the surfboards. Not for self-gratification or adulation but because the work of so many talented individuals needed to be shared and hopefully appreciated. I desired to stage the show in my hometown of West Palm Beach, Florida. It is where I grew up and where my family and oldest friends live. It was important to share the project with them. An appropriate space was offered in a prominent photography gallery, as was another in the neighboring town of Lake Worth. For a few important reasons I decided on the latter, though I remained extremely grateful to the former. Funny enough, Lake Worth is where I learned to surf and now I was returning to the birthplace of my surfing life.

The venue for the exhibition would be the Cultural Council of Palm Beach County, a beautiful, art-deco style building in the heart of downtown Lake Worth. They have a spacious, well-lit, L-shape gallery that, once I stepped into it, knew was the perfect location. It took several months to prepare invitations, press releases, gather sponsors and food and liquor suppliers, find musical entertainment and do interviews for local publications and broadcast on-line media. Finally on December 2nd it happened! 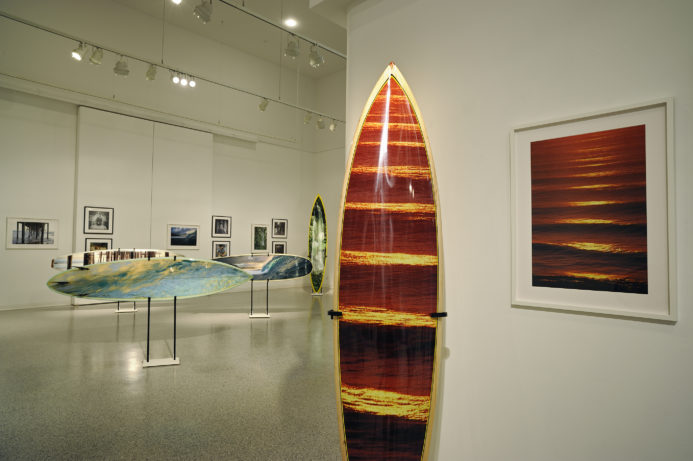 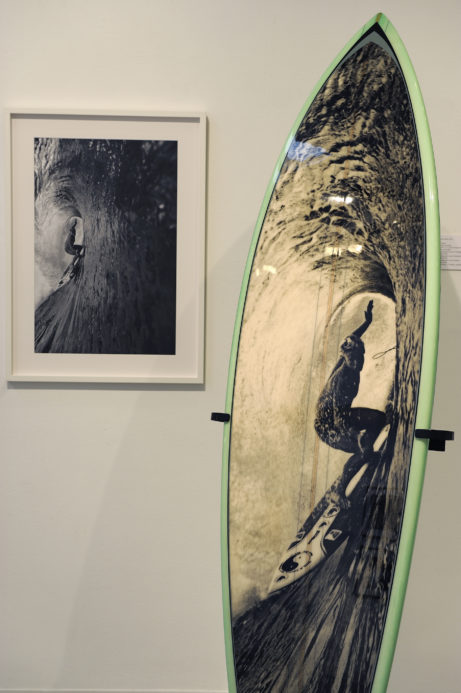 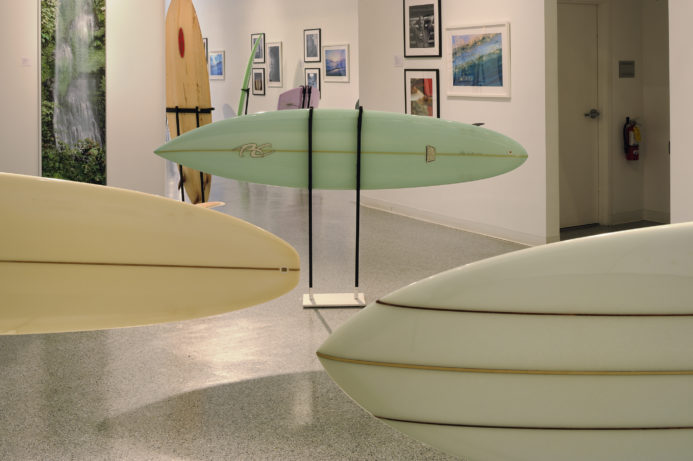 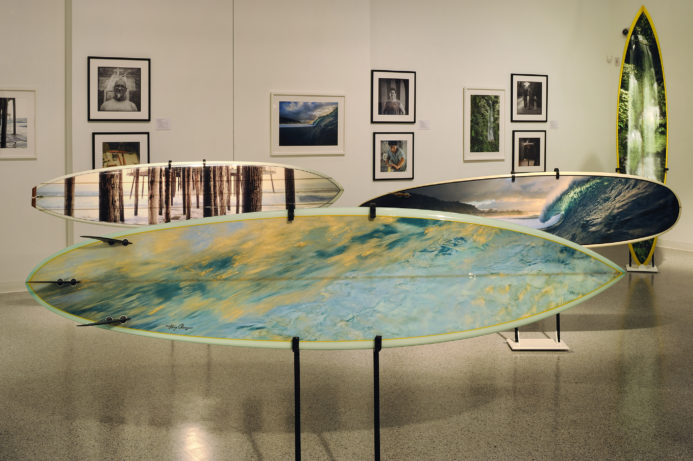 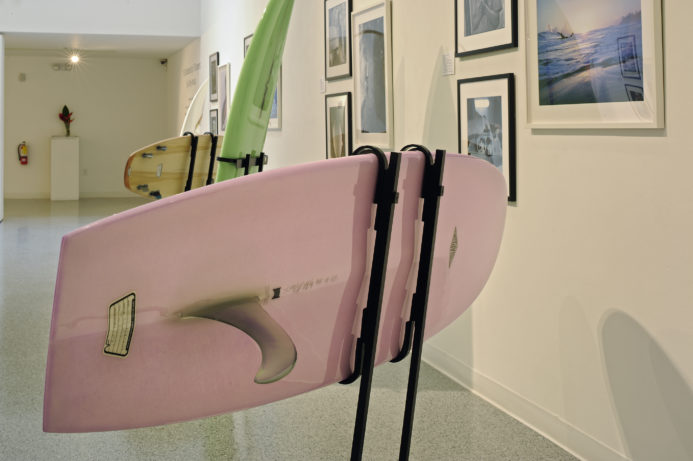 The show opened to an enthusiastic, energetic and very large crowd. It was highly successful and judging by the remarks written in the comment book and messages left on social media, the majority of guests loved it and left extremely impressed. It was truly an honor to share this collaborative body of work with others, many of whom have inspired me in one way or another throughout my life. 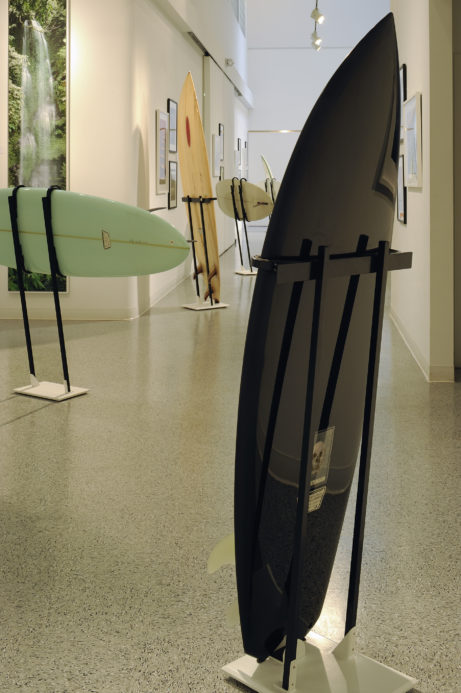 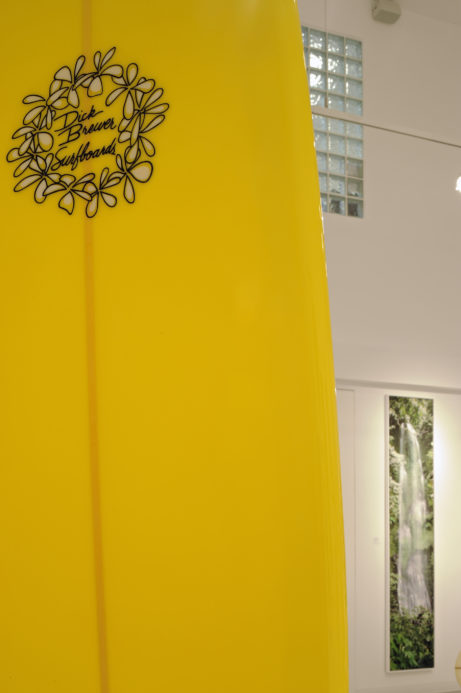 As to what’s next for this collection of boards? Well, I didn’t quite plan that far ahead. The show at the Cultural Council went from December 1st (that was a preview night for members of the CC only) until January 21st. I was told by some at the Council that it was the largest ever attended show in their history. Not sure if that’s true but I do know that until the final day people were still attending and talking about it. At the present the boards have made their way, finally, to West Palm Beach. They are being shown at the Nicole Henry Fine Art Gallery. From there who knows where or if they’ll travel again. It would be special to showcase them in surf locals such as New Jersey, California and Hawaii but without the financial assistance of sponsors that may be difficult.

Parting ways with the boards will be difficult but if a collector came forward with an offer to purchase them I would give it serious consideration. And if not, well this is functional art after all and the boards were made by some of the best shapers in the world. I’m sure they’d look mighty fine sliding down the face of a perfectly shaped wave!